Giant hogweed is a plant native to Southwest Asia. It made its way to the United States in the early 20th century as an ornamental plant and has since spread across much of New England and the Northwest United States. The large, beautiful plants can be tempting to children, but they're filled with a poisonous sap that can cause burns, blisters, long-term light sensitivity, and even blindness.

In order to protect your child and prevent the further spread of this noxious weed, here are 4 hogweed-related lessons you need to teach them.

Never Touch A Weed You Aren't Familiar With

Hogweed is characterized by its massive height, its umbrella-like white flower clusters, and its purple-spotted stem; but only adult plants have all of these telltale features. In its early stages of life, hogweed is sometimes indistinguishable from other native plant species.

Even if your child knows how to identify an adult hogweed plant, they should be instructed to avoid contact with any plants they aren't familiar with.

If You Suspect A Plant Is Hogweed, Back Up

Every portion of the giant hogweed plant can contain poisonous sap, and that sap can slash out as far as 3 - 4 feet from the plant. Not touching a hogweed plant won't completely protect your child. You need to inform them that if they encounter the weed, they should immediately put distance between themself and it.

Report Hogweed Sightings To An Adult

Hogweed makes the list of federal noxious weeds, and so should be reported to your local noxious weed control board if it's discovered in your area. Simply mowing or cutting these dangerous plants is not an option for eradication. Hogweed has large root systems that will send up new offshoots if the parent plant is clipped. Also, since each hogweed plant is capable of producing between 1,500 and 100,000 seeds in its lifetime, special measures must be taken to contain these seeds and prevent new growth.

A hogweed discovery is not to be ignored. Instruct your child to tell you if they happen upon a hogweed plant so that you may report it to the proper authorities.

Know What To Do If You Make Contact With Giant Hogweed

The dangerous chemicals in giant hogweed are called photosensitizing furanocoumarins. They aim to harm by making skin extremely sensitive to sunlight. If your child comes in contact with the sap from a hogweed plant, they can sustain a blistering sunburn in as little as 15 minutes following exposure.

It's crucial that your child knows the correct response to limit their symptoms following sap contact. Let them know that if hogweed sap gets on them, they should seek shelter from the sun immediately. If they can't get out of the sun, they should cover the affected area of their body until they can. The affected area should also be washed thoroughly with soap and cold water (warm water could worsen the reaction).

Get your child to a physician as soon as possible following exposure, too. Topical steroids may limit the extent of skin damage they endure. Because the photosensitivity hogweed inflicts on its victims can last for years, you'll child will need to be especially diligent in applying sunscreen to the affected area for much of their childhood.

Giant hogweed is a serious threat to any child not taught to recognize it and its associated dangers. Teach your child how to identify this noxious plant, what to do if they see it, and what to do if they're exposed to its damaging sap. The United States may not be able to rid its soil of the damaging plant, but with proper education it can at least limit the instances of children being harmed by it.

Visit a site like http://snydersweedcontrol.com/ for more information on residential weed control. 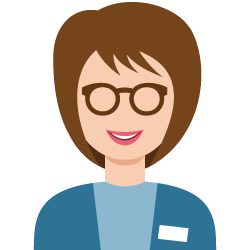